Workshop dinner will take place in the Arkadenhof at the University of Vienna.

The next Subway station is U2 Schottentor (where also several Trams arrive). Take the exit called “Universität, Ring”. After you get out of the Subway station, the University of Vienna is on your right. The entrance to the Arkadenhof is through the main entrance of the University at the front of the building. 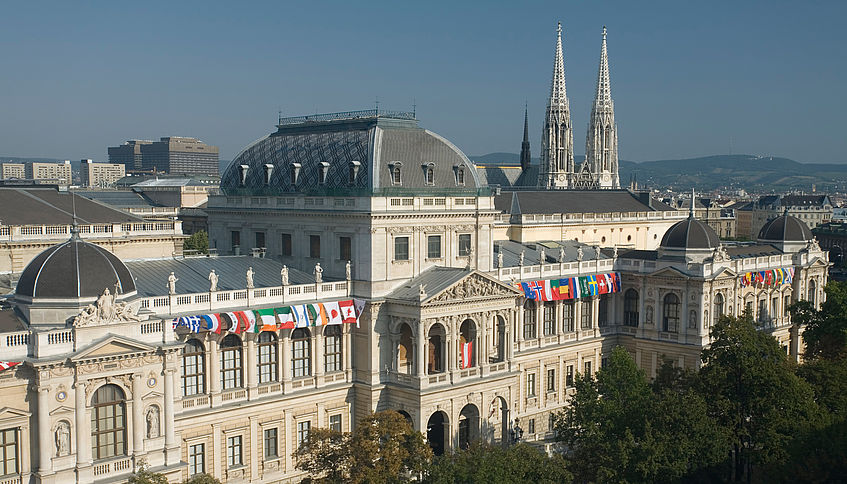 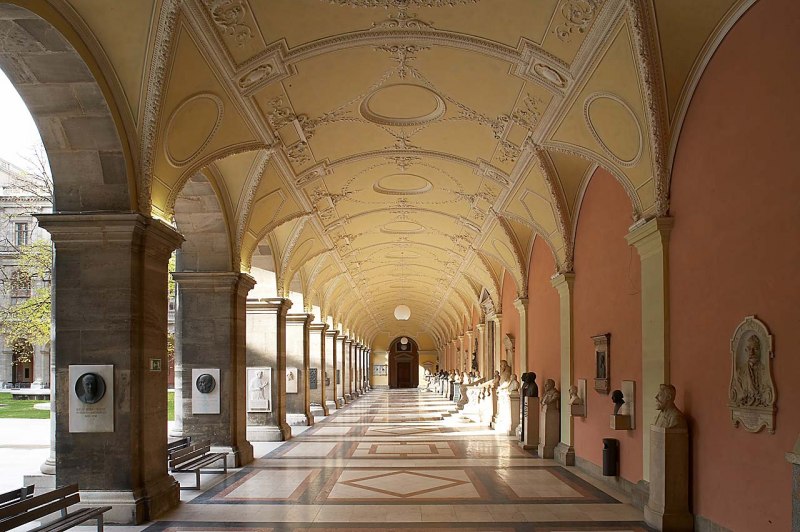 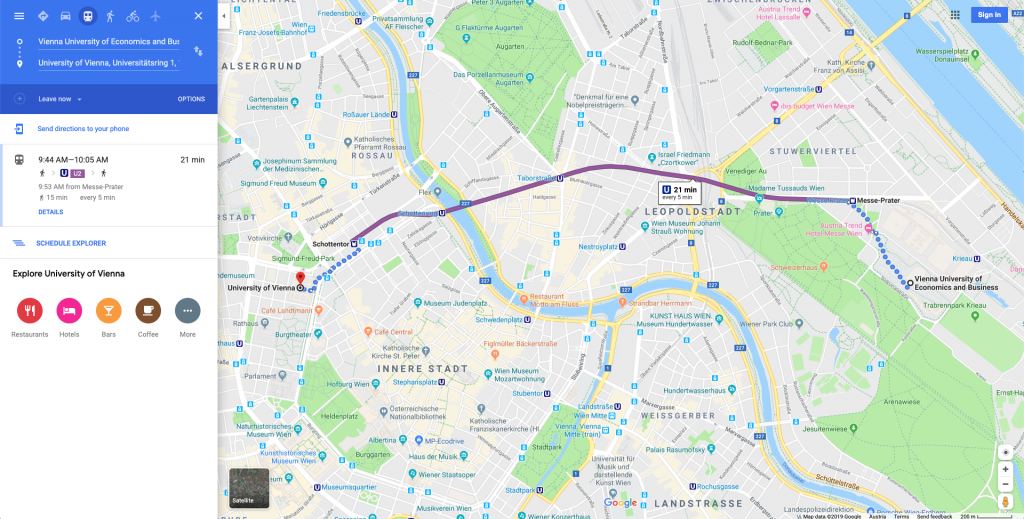 The Office of the Mayor of Vienna is inviting us to a Mayor’s Reception at the Vienna City Hall.

The next Subway station is U2 Rathaus. Take the exit called “Florianigasse” or “Friedrich-Schmidt-Platz, Rathaus”. After you get out of the Subway station, you are at the back of the City Hall, which is the building behind the small park. The Lichtenfelsgasse Street is on the right side of the City Hall. 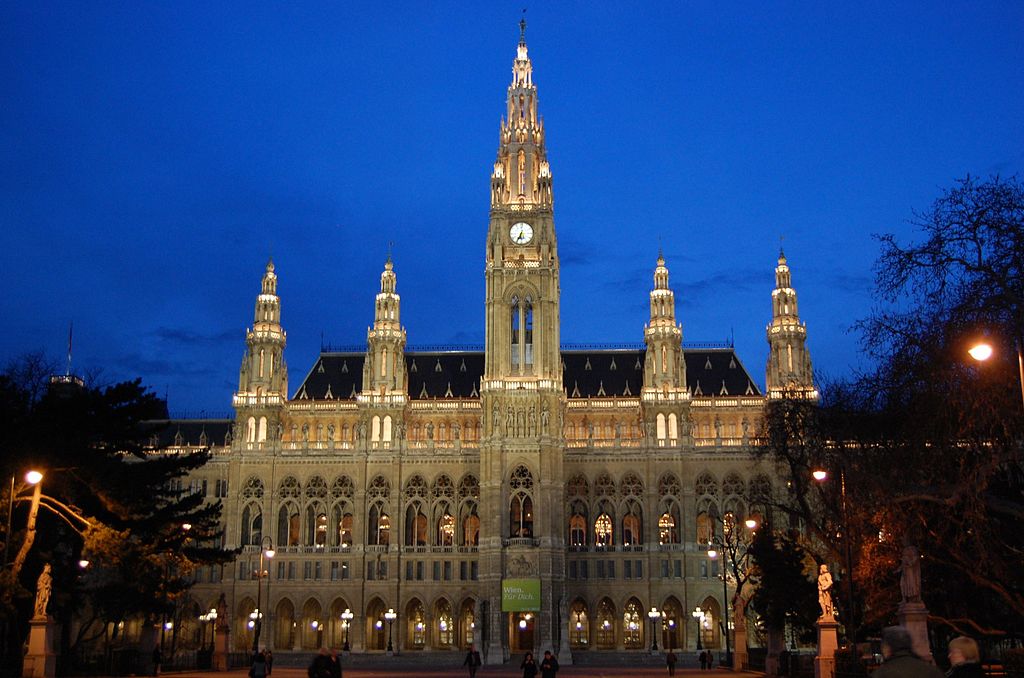 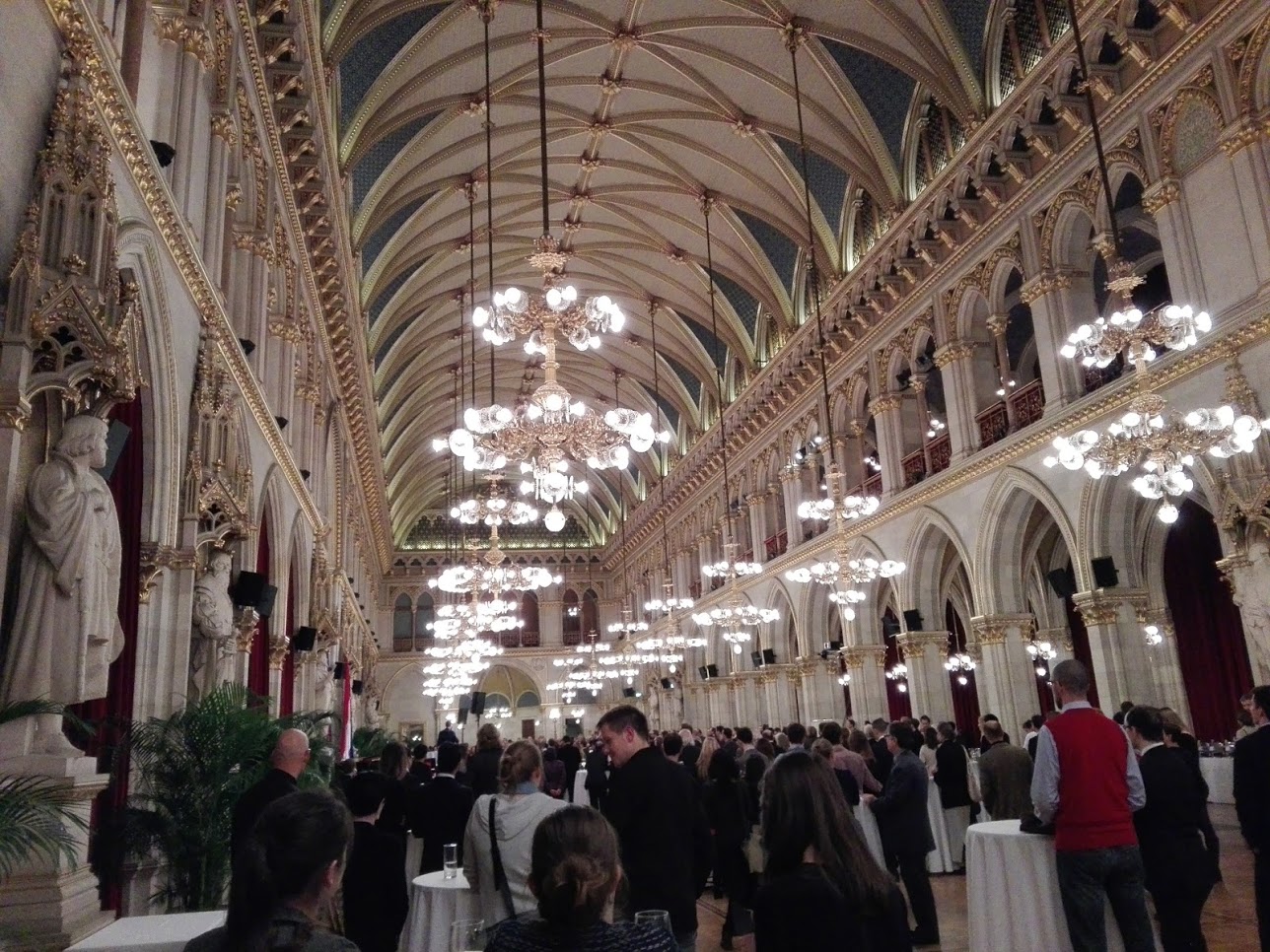 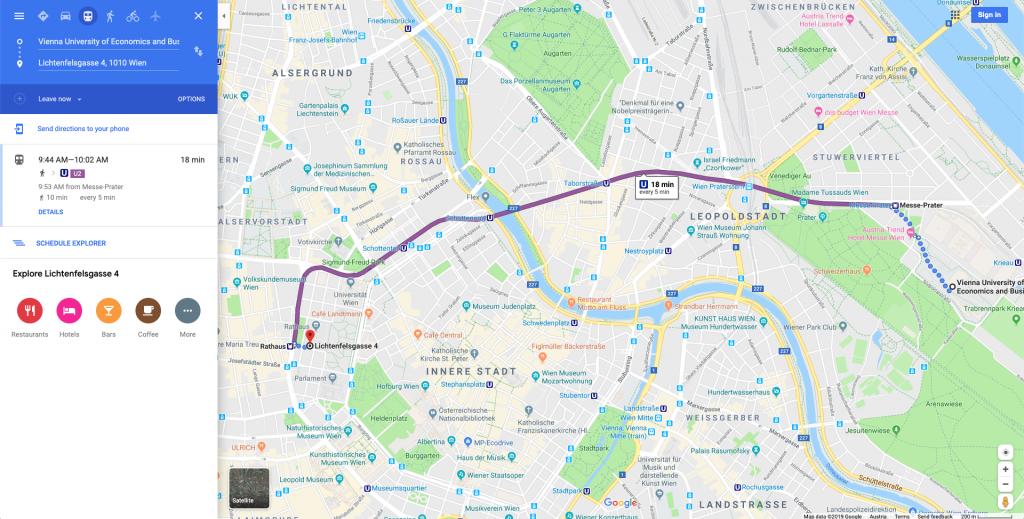 With 612ha of vineyards, Vienna is the only capital worldwide maintaining a large viniculture within the city boundaries.

The dinner will take place at  Fuhrgassl-Huber, a “Heuriger” (traditional wine tavern), located on the outskirts of Vienna. A “Heuriger” is the East Austrian name for taverns where local winemakers serve their new homegrown wines in a pleasant and cheerful atmosphere.

There will be a Bus transfer from the WU to the venue. The Buses will leave from the Messe Wien parking lot near U2 Krieau station (exit: “Krieau”), beside the Messe parking garage. For the case you missed the bus, have a look at this link. 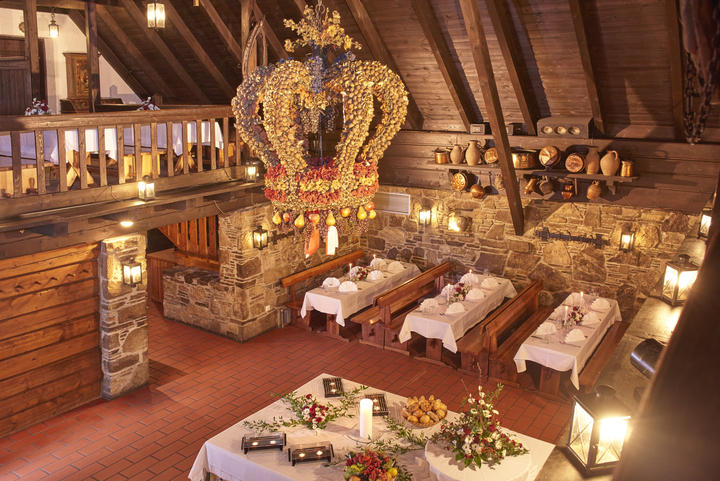 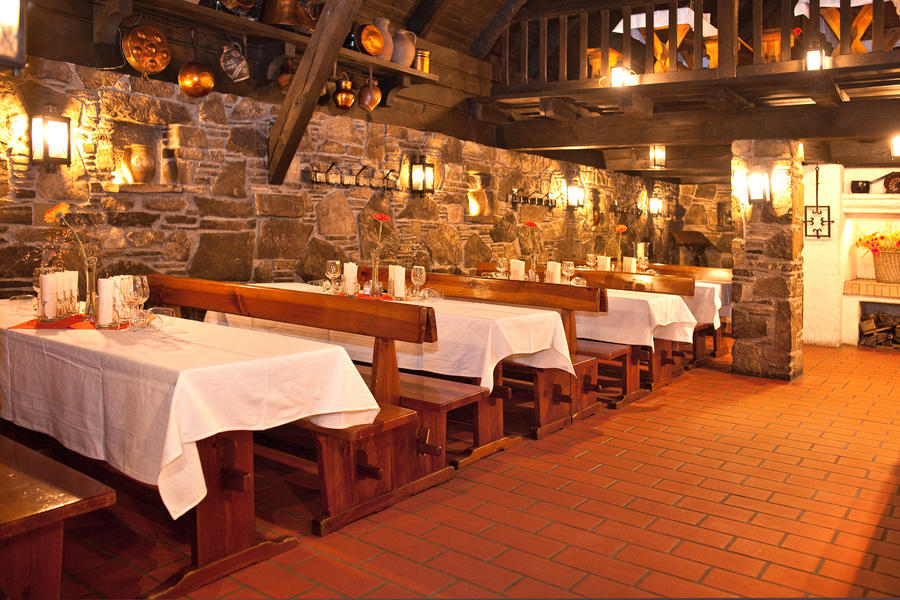 When all the work is done, we will celebrate a farewell part on THU evening. This party will take place at Luftburg in the close-by Prater park. It is in 10 minutes walking distance to the conference venue.

Directions are shown in the picture. 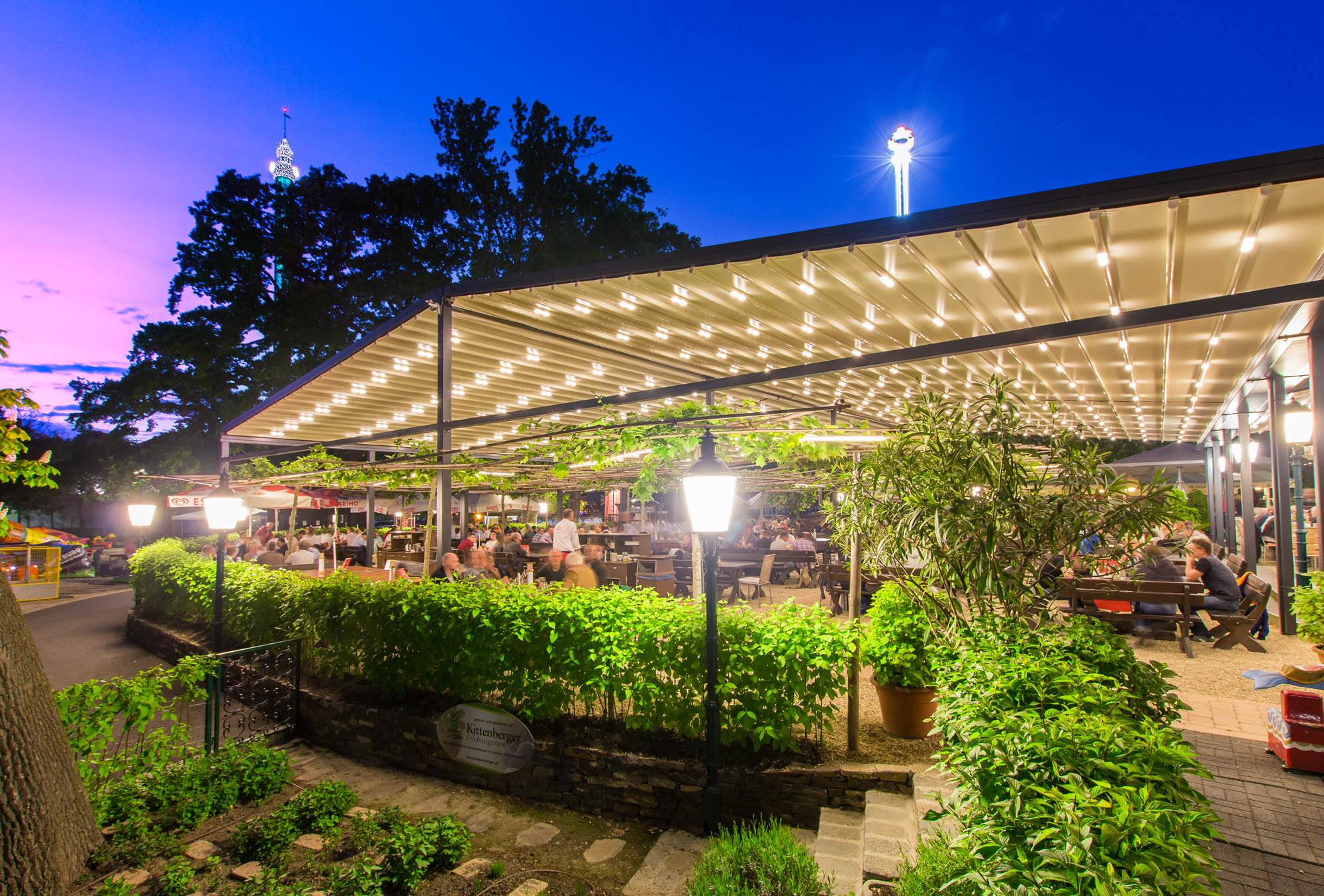 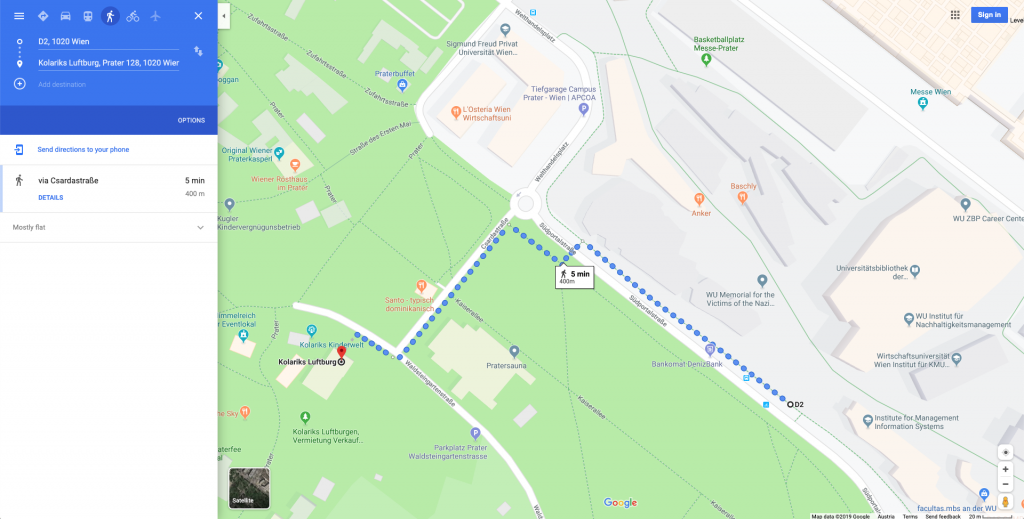 The information about the 7 workshops that will be held in conjunction with #BPM2020 is now available at https://congreso.us.es/bpm2020/workshops/!

#Process #Mining at the Enterprise Level is the focus of a @bise_journal special issue that @janvombrocke @MiekeJans @janmendling and @profBPM are organizing. Deadline is 1 Nov 2020, perfect if you further develop papers that are presented @BPMConf! See http://www.bise-journal.com/?p=1829

Three tracks and plenty of topics to choose among: start preparing your submissions to #BPM2020! Call for Papers here: https://congreso.us.es/bpm2020/calls/research/

Last days to get your workshop proposals ready and submit them to the #BPM2020 conference!

Thinking of organising a workshop? We are happy to receive your proposals until December 2! Relevant details here: https://congreso.us.es/bpm2020/calls/workshop/